The Need for Action

The Dalit caste in Nepal mostly face various kinds of discrimination such as social and cultural discrimination, forced labour, discrimination in education, social boycutting, denial of entry to the houses of the so-called “higher caste” people and community places like temples, hotels, tea shops, factories etc., low participation in the governmental activities, exercising of political rights and others as well. The rural areas are mostly affected in comparison to the urban areas. However, the mindsets of the people living in the urban areas of Nepal are still intact to irrelevant traditions of the community when it comes to having an equal opportunity in terms of job positions or marital affairs. No matter how much the urban Nepal thinks that they have become liberal to changing the perspective towards Dalits, the sad reality of unfair and injustice are still seen in most cases when it comes about equal opportunities in areas of freedom and participation. 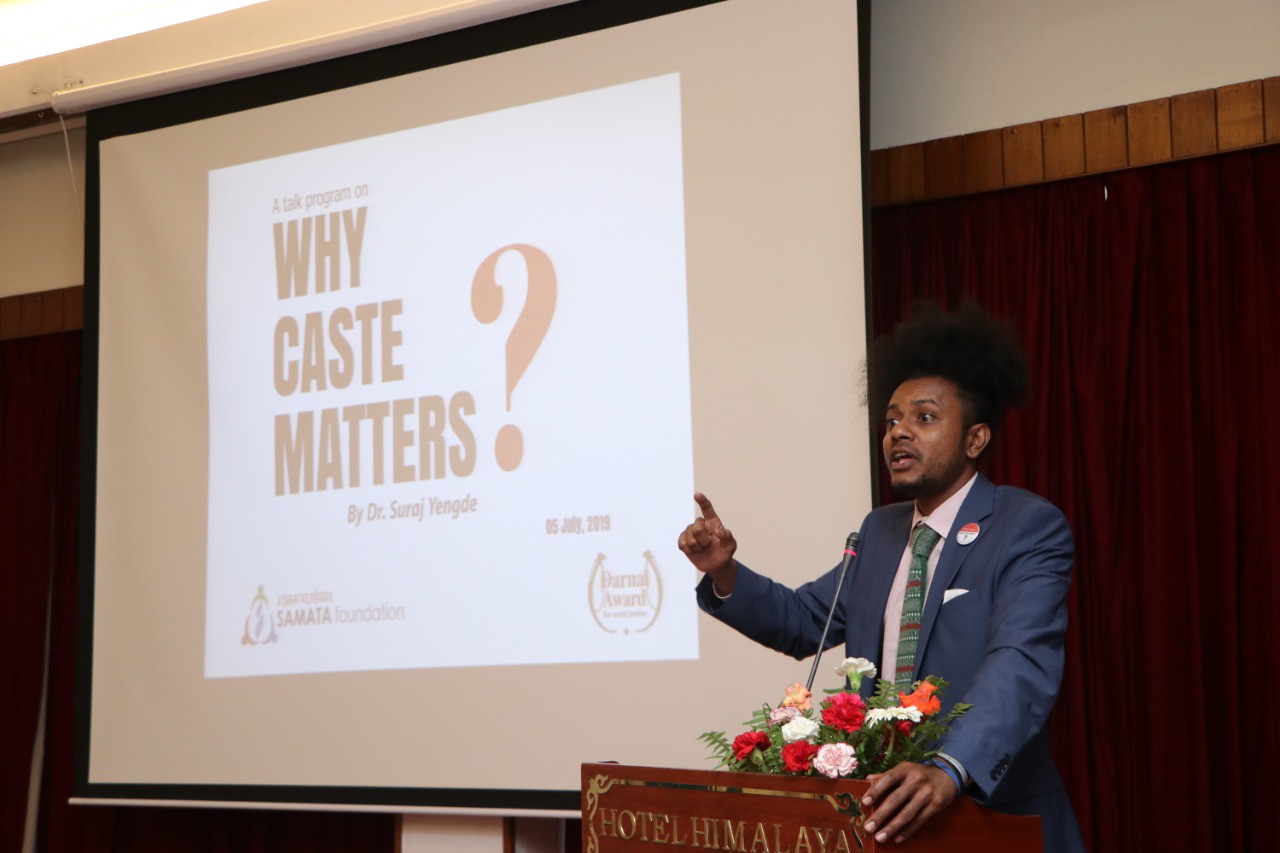 The status of Dalit women is much worse than that of the Dalit men. They are forced into many demeaning jobs and they also do not have ownership over the land, housing or money. Dalit women are often victims of trafficking and sexual slavery because of lack of education and awareness. Extreme poverty being one of the main reasons, they become victims of these sexual predators who lure them into prostitution by lying to them and promising them a life out of poverty. Dalit women in Terai are at major risk of rapes and domestic and sexual violence as per the statistics.

This alarming situation has brought challenges to ensure the rights and freedom of the Dalits in Nepal as well as worldwide and it is crucial to address these issues faced by the marginalized communities and bring the attention of the policymakers and the bureaucrats towards these issues. Samata Foundation has always been addressing and advocating for the Dalit issue in Nepal and will continue to do so in the future, with its emergence as an independent think-tank and also through research, informed policy advocacy and programs/activities on the issues of social inclusion, Dalits and human rights.